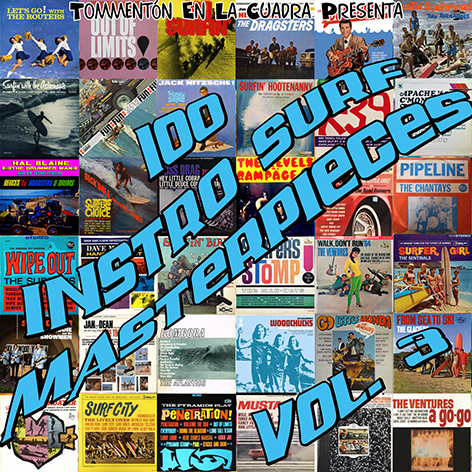 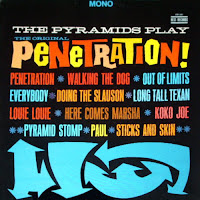 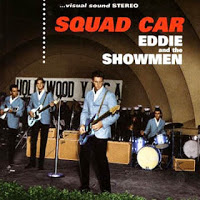 Here's an introduction to volume 3 of fabulous "100 Instro Surf Masterpieces". My friend Jose asked me for help with this surf-instro series and I said yeah! It's gonna be a great pleasure.
This volume kick off with The Pyramids "Penetration" their most famous instrumental track. Beside, they were famous for their shaved heads too, ya know.
Then, we have "Point Panic" by The Surfaris one of the top 60's surf bands well known for their instro-hit "Wipe Out".
"Road Runnah" by The Road Runners are more on the Hot Rod side of surf but kicks ass anyways. 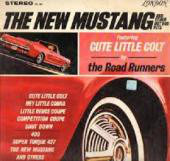 "Shark Attack" by The Atlantics, one of the best Australian 60's surf bands, is a killer tune with sounds that mimic the alarm of a shark attack that will give you a chills.
The Hondells were an studio project produced by Gary Usher and "Hon-Da Beach Party" is a hot rod/surf instrumetal from their cool '64 debut LP "Go Little Honda".
The Surftones "Cecilia Ann" became popular worldwide when it's covered the Pixies on their Bossanova lp. It is one of those lost 60's surf classics. 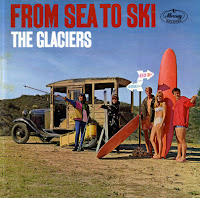 The Woodchucks were actually Lee Hazlewood's studio project, a pseudonym for Lee's usual musicians The Wrecking Crew.
The De-Vons "Free Fall", a studio project composed & produced by Gary Usher again. Not all surf groups came from California.
The Rondels were instrumental band from Boston and here's their most famous track "On The Run".
The Glaciers were surf studio project with Hal Blaine on drums, Glen Campbell on guitar, Leon Russell on keys and Lee Hazlewood, The Wrecking Crew!
Then we have "The Swag" by The Tornadoes, a raw surfin' instro romp. 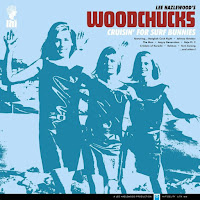 Dick Dale & The Del-Tones are featured with two tracks on this comp. "Surf Beat" a surf classic from their debut LP and killer cover of "Hava Nagila" from their second slab.
The New Dimensions issued three instrumental surf LPs for the small budget label Sutton, and here you got their The Astronauts-style instro "Failsafe" with reverbs overload!
The Rally-Packs with "Bucket Seats" b-side of their sole '64. single were actually songwriter-producer team with P.F. Sloan and Steve Barri from The Fantastic Baggys famous L.A. surf band. 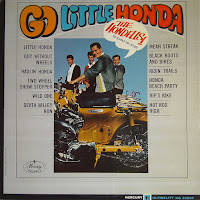 "Squad Car" by Eddie & The Showmen is a frantic surf instro written by guitarist Paul Johnson (The Belairs, The Surfaris).
The Ghouls, another surfin' studio project with Dick Burns, Gary Usher, Richard Podolor gives you cool "Voo Doo Juice" from their sole '64 LP "Dracula's Deuce".
"Breakfast At Tressels" by The Rhythm Rockers is a fine R&B/surfin' instro from their '63. album "Soul Surfin'".
The Chevell's "Let There Be Surf" is a rare underground surf single known from "Diggin' Out" compilation. 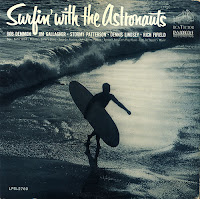 "The Phantom Driver" by Hal Blaine & The Young Cougars from their '1963. Lp, features early fuzz guitar sounds.
"Hot Line" by The Ventures, one of the most famous instro groups, is a real cool spy instro from their 1966. album, later covered by The Bomboras.
Then we have Davie Allan & The Arrows "The Unknown Rider" from 1966. The Wild Angels soundtrack.
This real cool volume closes up with a laid back '66. instro track "Theme From Endless Summer" by The Sandals, the perfect tune for the end.
Surf's up brothers and sisters!
Mr. Eliminator
Pues ya habéis visto que habilidad para resumir este volumen, a ver si aprendo. Solo resta el track-list, que a los aficionados al surf, les sonarán prácticamente todas.
1  THE PYRAMIDS  Penetration
2  THE SURFARIS  Point Panic
3  THE ROAD RUNNERS  Road Runnah
4  THE ATLANTICS  Shark Attack
5  THE HONDELLS  Hon-Da Beach Party
6  THE SHONDELLS  Thunderbolt
7  THE SURFTONES  Cecilia Ann
8  THE WOODCHUCKS  Bangkok Cock Fight
9  THE DE-VONS  Free Fall
10  THE MAR-KETS  Surfer's Stomp
11  THE RONDELS  On The Run
12  THE GLACIERS  Broadway
13  THE TORNADOES  The Swag
14  DICK DALE & THE DEL-TONES  Hava Nagila
15  THE NEW DIMENSIONS  Failsafe
16  THE RALLY-PACKS  Bucket Seats
17  EDDIE & THE SHOWMEN  Squad Car
18  THE GHOULS  Voo Doo Juice
19  THE RHYTHM ROCKERS  Breakfast At Tressels
20  THE CHEVELL'S  Let There Be Surf
21  HAL BLAINE & THE YOUNG COUGARS  The Phantom Driver
22  THE VENTURES  Hot Line
23  DAVIE ALLAN & THE ARROWS  The Unknown Rider
24  DICK DALE & THE DEL-TONES  Surf Beat
25  THE SANDALS  Theme From Endless Summer
26  Despedida 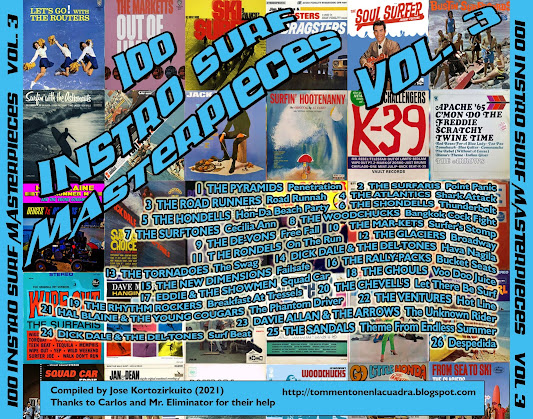 THE TORNADOES  The Swag

THE SANDALS  Theme From Endless Summer

Thanks for your visit Rob.

Hello Jose, many thanks for Vol 3 of your great Surf sampler Compilation.I like this Volume , because a lot of Groups are new for me-for example The Chevells, The Atlantics or The Woodchucks.So I can only say thank you and good to have you and your side!!Greetings Thomas

Hello Thomas.
The Chevell's is a band that dominated many styles of music. Atlantics is the most famous Australian surf band and they had a worldwide success with Bombora, their guitars are killers.
Woodchucks is a studio band, where Lee Hazlewood hides with members of the Wrecking Crew, although their names do not appear on the album, it is a collection of old tapes that first appeared in 2018. Great sound!
Cheers
José

The aim of this blog is to pay homage to all those musicians whose ingenuity, effort,love and enthusiasm helped ,make our amazing world of music what it is today.
It would be criminal for their work to be forgotten, and the new generation deserve to enjoy it as much as those that came before.
I can only admire and thank them all.
If anyone in this blog feels at all offended by their inclusion please let me know and you'll be removed immediately. 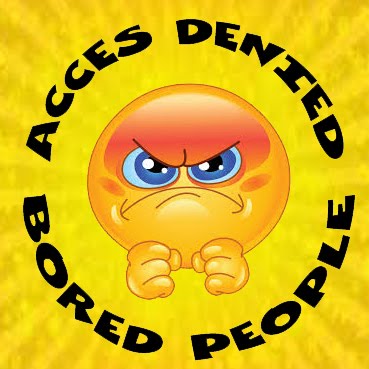 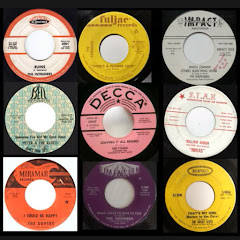 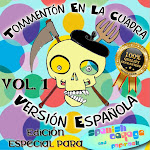